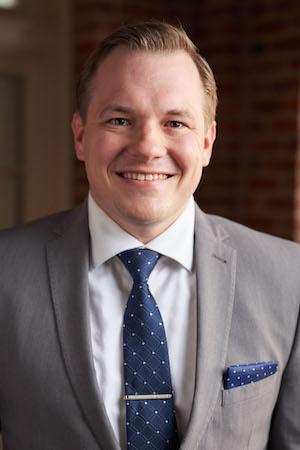 Despite being a native Texan, Clayton has called Mississippi home for the last ten years. Clayton earned his Bachelor of Science degree in History with a Pre-Legal Emphasis from Mississippi College in 2012 and his Juris Doctor degree from Mississippi College School of Law in 2015. During his school years, Clayton gained valuable experience working on an offshore oil rig where he developed a passion for representing those injured in the workplace.

While in law school, Clayton earned American Jurisprudence Awards for finishing top of his class in Trial Practice, as well as Counseling and Negotiations. Additionally, he served two externships, first with the Mississippi Supreme Court and then the Hinds County Prosecutor’s Office. Clayton also participated in numerous mock trial and moot court competitions and is a member of the Phi Delta Phi Legal Fraternity.

After passing the July 2015 Mississippi bar exam and receiving his license to practice in every Mississippi state court, Clayton initially worked as a child support attorney for three years before joining Richard Schwartz & Associates Injury Lawyers in 2018. His practice is now mostly devoted to fighting for the rights of injured and disabled Mississippians.

Clayton and his wife, Michelle, have a home in Jackson and currently attend Fondren Church. When he is not working, Clayton enjoys hunting, fishing, spending time with his wife, being active in the community, and nourishing his fanaticism with the New Orleans Saints.