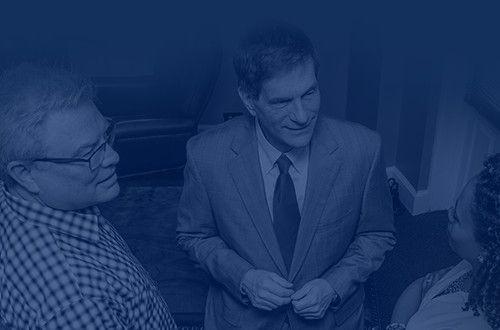 Richard Schwartz & Associates Will Take Care of You & Your Claim

Contact us online now for a free initial case review. We can meet you at our offices in: 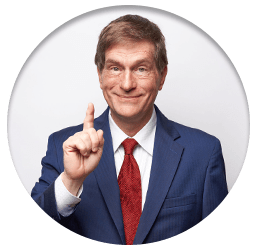 If You Took Zantac Regularly, You Could Have Been Exposed to a Cancer-Causing Chemical. Here’s What You Should Know.

If you typically use Zantac or generic heartburn medications with the active ingredient ranitidine, you may notice an empty space on the shelves next time you visit the pharmacy. That’s because the FDA published a total recall of these products at the beginning of April 2020.

For the last 6 months, ranitidine has been the focus of multiple experiments after a third-party lab blew the whistle on Zantac. They alleged the drug created a carcinogen, N-nitrosodimethylamine (NDMA), when it broke down in stomach-similar conditions. Drug makers including current Zantac owner Sanofi denied this claim, suggesting the batch the lab used was contaminated. They pulled the medication from stores temporarily to assess manufacturing conditions and identify potential points of contamination.

Though initial FDA testing failed to find the NDMA levels reported by the whistleblower, continued examination of the drug confirmed the problem was widespread, and not due to contamination. In early 2020, the FDA concluded Zantac and other ranitidine-based drugs are likely to expose patients to a cancer-causing substance.

Long-term users of Zantac and its generics should take note of the drug’s recent recall for multiple reasons. First, because the FDA recommends you stop using the drug and talk to your doctor about other options. Second, because if you have been diagnosed with cancer or develop the disease, you may have a claim against the companies involved in putting this drug on the market. Though ranitidine has been sold since the 1980s, no company in the pharmaceutical supply chain noticed or reported the risk of NDMA contamination in these drugs. For patients left to discover the danger through a cancer diagnosis, we are here to help you pursue justice.

When Ranitidine and Zantac Can Be Dangerous

Unlike many cases involving drug contamination, the dangers linked with Zantac were not confined to certain batches that were poorly manufactured. In fact, the NDMA exposure these drugs may cause cannot be prevented. After continued testing, researchers found that the ranitidine molecule includes all the chemical components of NDMA. When it begins to decay, the dangerous substance is one of its byproducts.

The danger is so widespread because ranitidine decay occurs in common scenarios. The drug may begin to break down when:

The longer ranitidine-based medications spend on the shelf, the higher the levels of NDMA they are likely to contain. Being stored in high-temperature locations accelerates the molecule’s decay.

The good news, if there is any, is that NDMA exposure does not cause cancer right away. When exposed to relatively high amounts over a long period of time, patients’ risk begins to increase. This means short-term users likely do not have to worry about NDMA-induced cancers. However, patients who used the drug consistently may have experienced dangerous NDMA levels in their blood.

What You Should Know About NDMA

NDMA is a naturally occurring material, and humans are exposed to small (likely harmless) amounts in day-to-day life. However, it is listed as a “probable carcinogen” by the International Agency for Research on Cancer. NDMA is among a class of chemicals called “N-nitrosamines,” many of which are known for causing cancer. Because it has the ability to interfere with and change DNA, NDMA may cause genetic mutations that can lead people to develop cancer. When the chemical enters the bloodstream, it has the potential to cause widespread damage. This is the situation many Zantac users unknowingly faced.

It is likely scientists will dig deeper into the risks of NDMA thanks to the FDA’s Zantac recall. So far, the chemical has been linked with cancers of the:

There is also reason to believe early-onset prostate cancer may be related to NDMA exposure, as well as pancreatic cancer and 3 types of blood cancers: leukemia, Non-Hodgkin’s lymphoma, and multiple myeloma. As research continues, our team will stay up-to-date on the latest reports regarding the hazards of NDMA exposure.

Do You Think Zantac Is Related to Your Cancer Diagnosis?

Now that solid evidence demonstrates the links between ranitidine-based drugs (like Zantac) and NDMA, you could be able to file a claim if you were diagnosed with one of the above cancers after taking these medications. Our team can walk you through your legal rights and share the benefits of filing a lawsuit. We’ve helped many clients get help after being injured by dangerous and defective drugs. No matter your situation, Richard Schwartz & Associates can fight for justice on your behalf.

Fighting Big Pharma in court isn’t easy, but the victims of these companies’ negligence deserve justice. We can put our considerable resources on your side to investigate your claim, find evidence and medical authorities to testify on your behalf, and help you file a lawsuit against any liable parties. Especially when it comes to treating cancer, receiving compensation can make a big difference in your life.